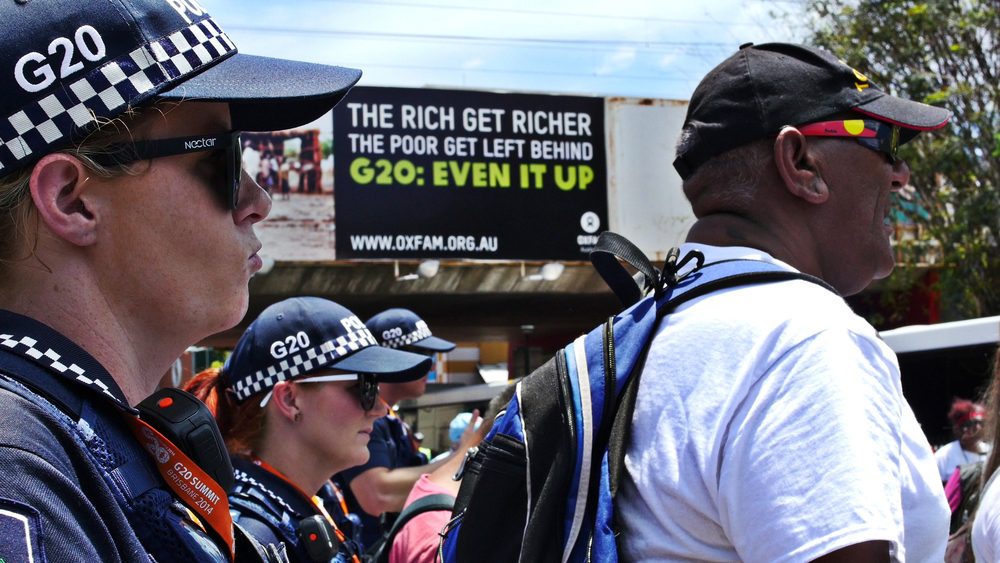 Tepid growth for middle-class household income with fewer households falling in the middle-income tier triggered a sharp fall in the share of income held by the American middle class. From 1970 to 2018m this share fell to 43% from 62%. Upper-income households experienced an increase from 29% to 48%. At the lower end, there was a slight drop from 10% to 9%.

These income trends reflect the widening gap in overall economic inequality in the US post-1980.

Even within the higher-income bracket, income growth has been slanted toward those at the very top. Since 1980, incomes have increased more sharply for the most affluent households (the top 5%) than for those occupying the income strata below. Although the impact of the Great Recession has made this income disparity slightly less pronounced, there is no imminent sign of reversal.

Among the top 5% of families, there was even steeper growth in incomes. Between 1981 and 1990, their incomes increased by 3.2% annually.

In this way, the 1980s saw the start of an ongoing state of income inequality in the United States.

From 2001 to 2010 is a period unique in the post-WWII period. All families experienced a drop in income over this decade. Losses were more pronounced among poorer families.

From 2011 to 2018, there was a more balanced pattern of income growth. Gains were shared more evenly. Nevertheless, income growth still favors the upper strata, with the top 5% of families experiencing bigger increases in income than other families since 2011.

Beyond income, a family’s wealth is a key marker of financial security. Wealth, also known as net worth, is the value of a family’s assets (home, savings) minus any outstanding debt. When accumulated over time, wealth can provide retirement income, protect against economic shocks in the short-term, and gift future generations with social status and security.

From the mid-90s to the mid 00s, the wealth portfolios of American families increased overall. Housing prices more than doubled during this period while the value of stocks tripled. Resultantly, the net worth of American families rose to $146,600 in 2007 from 1995 levels of $94,700, representing a 55% gain.

The reason for this situation is that middle-income families depend more heavily on home equity as a source of wealth. The 2006 housing bubble thus impacted these families more heavily than upper-income families. These households derive more wealth from business equity and financial market assets and they recovered more rapidly after the recession ended.

Household incomes rising once more after long spell of stagnation